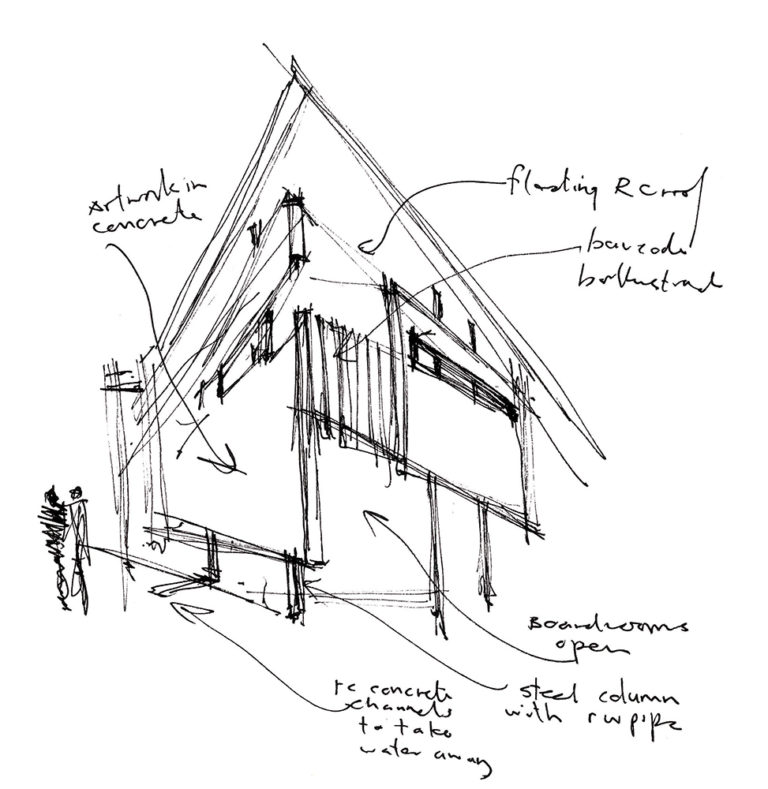 In this project the most prominent wall is the suspended concrete wall on the southern side, facing the Brooklyn traffic circle. This suspended concrete wall had to act as an artwork on a massive scale for the city. Diagonal planks were cast into the concrete wall in a random pattern forming the graphic artwork, while on the western side of the building the planks are stuck on the wall to repeat the pattern, but in the positive.

The concrete wall is cut out to reveal the windows and sight lines on first floor and the entire wall seems to float on steel columns, displaying the wall as an element and visually exposing and connecting the public boardrooms on the ground floor with the outside. The concrete art wall or urban painting is signed with an Afrikaans building term describing it as ‘Suid-aansig Skaal 1:1’. This is also a very local reference and adds a bit of humour cast in concrete.

The entrance, circulation core and bathrooms are located in the centre and are clearly visible and understandable from the street entrance. The vertical circulation has been accentuated by the concrete fins breaking through the roof, defining the staircase and lift. This design helps orientate the visitor whilst remaining connected to the views and the outside environment.

Far from being the usual utilitarian afterthought, the male bathroom windows are a main entrance feature, merging across the two floors, with the ground floor window on top against the slab and the first-floor bathroom window located on the floor. Function and form becomes one.

The bathroom entrance doors have obscured glass circular windows with the male or female signage on the glass. This circular motive is repeated in the mirrors, backing boards and skylights on the first floor.

Internally the various services such as the exposed lighting, air-conditioning, sound system, cable trays, and air-conditioning ducts are celebrated and treated as sculptural design elements. An advantage of this particular aesthetic approach is the ease of access for future maintenance.

The building is an award-winning commercial development that responds appropriately to the context whilst creating a landmark within the Pretoria landscape. 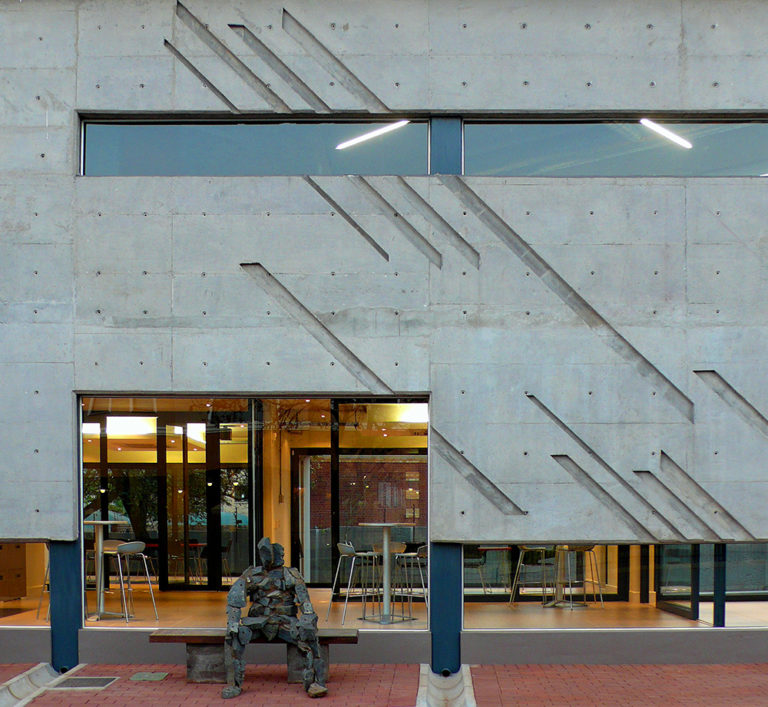 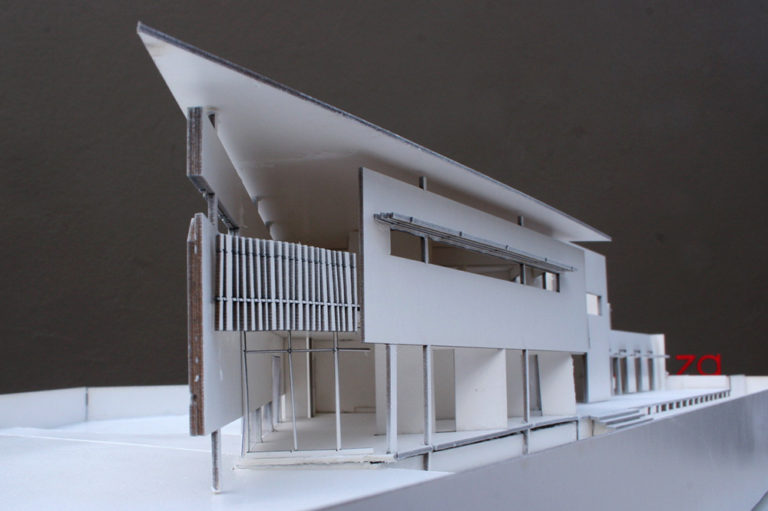 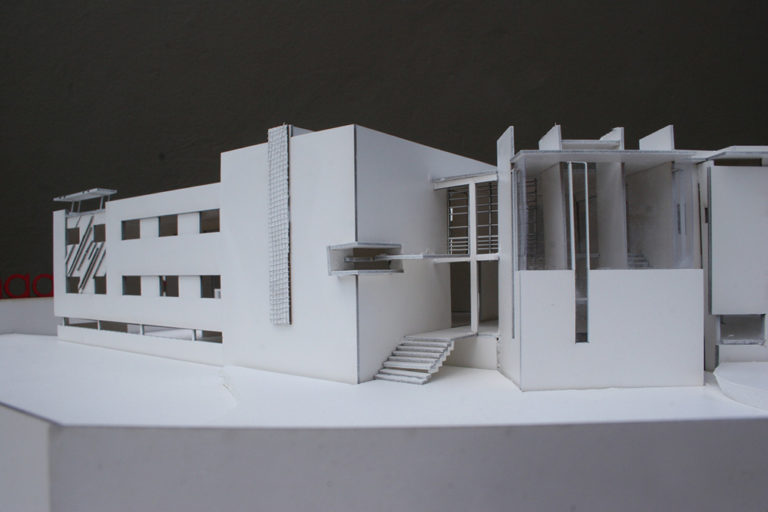 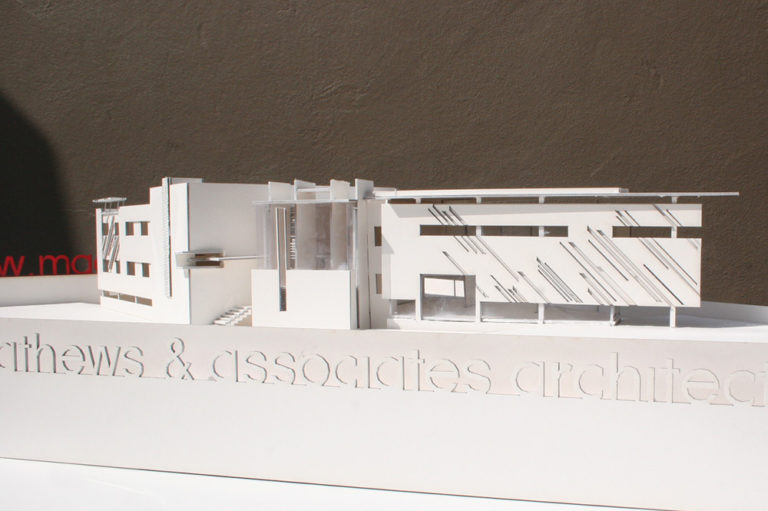 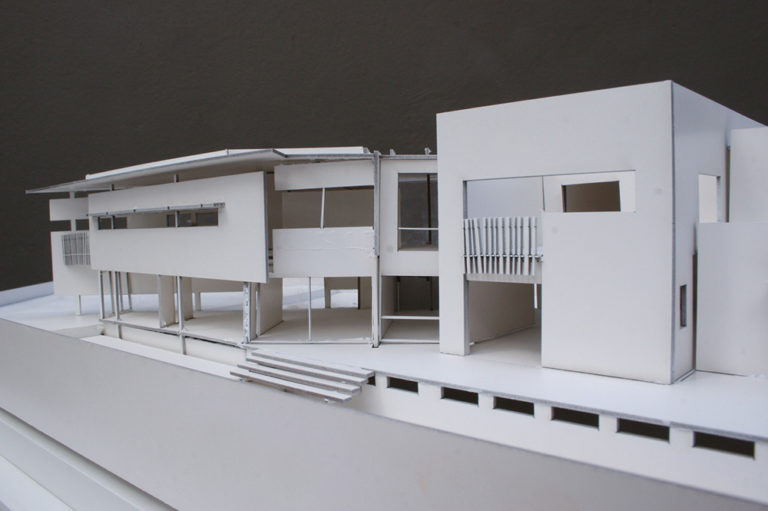 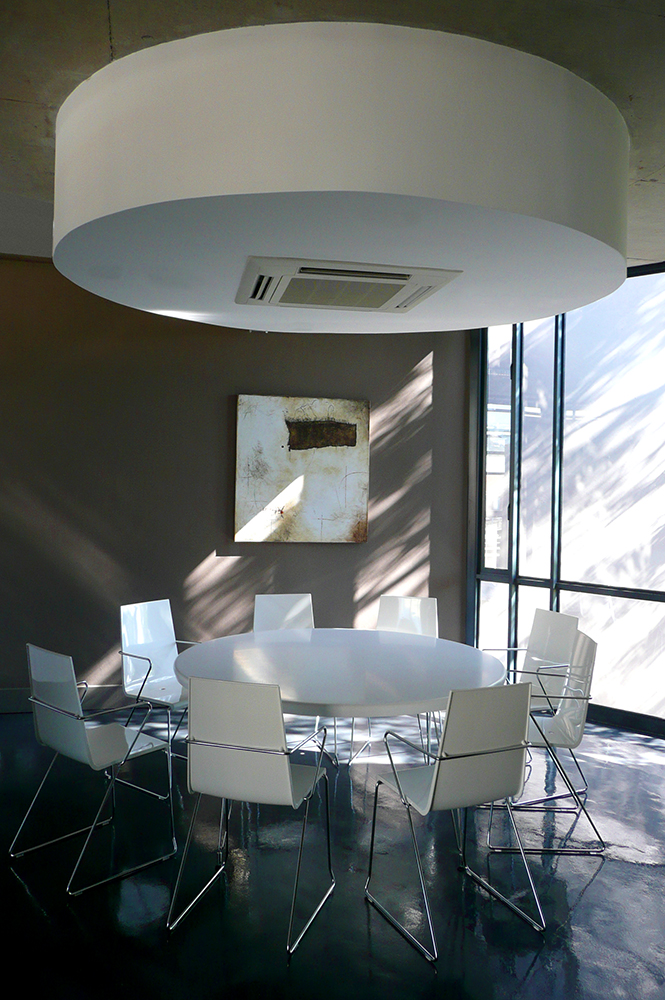 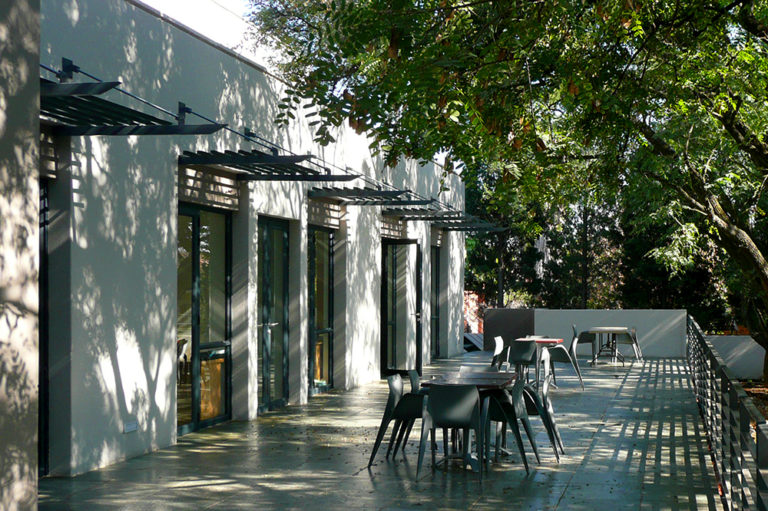 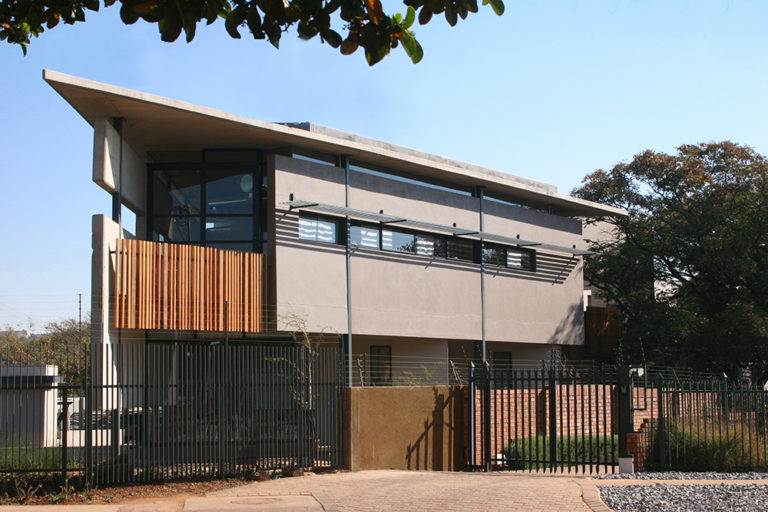 Mathews and Associates Architects cc is an award winning architectural and design practice which was formed in November 2000. Our practice consists of Pieter J Mathews as lead architect supported by a dynamic team of colleagues and support staff. As a dynamic and innovative company we understand the importance of technology. Our office is fully equipped with the latest graphics, construction sharing and architectural 3-D software on the market. Our numerous awards bear testimony to our skills and talent. Herewith a list of projects undertaken Publications